You are here: Home / Chris Algieri / Manny Pacquiao Next Opponent Announced : Chris Aliegri
After not pursuing the most awaited fight between Floyd Mayweather and Manny Pacquiao. The Pambansang Kamao, Fighting Congressman and now PBA head coach has set his newest opponent not in basketball court but inside the ring. 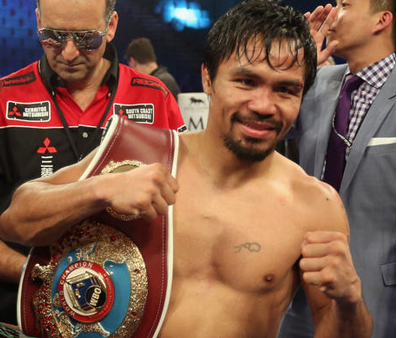 Pacquiao will defends his WBO welterweight title against Chris Algieri on November 22 at the Cotai Arena in the Venetian in Macau. Chris Algieri has no loss with the records of 20 – 0 with 8 stop by way of knockouts.
Chris Algieri a former kickboxing champion are ready to face his biggest challenge in boxing career.  If Algieri win this fight it will give him a biggest break ever he wanted in his entire boxing career.