Philippines has four Finalist in famous talent show Asia’s Got Talent and one of them is El Gamma Penumbra who goes straight to the finals by awarded twice on golden buzzer. Former Pilipinas Got Talent Grand finalist makes Filipino proud once again in their awesome meaningful shadow dance act performance. With the standing ovation came the AGT judges. Their performance in AGT finals deserves to earn respects coz if you watched their outstanding act you will go say to yourself ” I’m Proud to be Filipino ” . 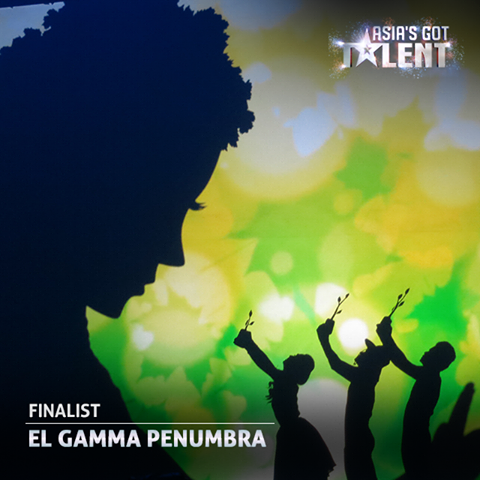 Aside from El Gamma Penumbra, also three other Filipino contestants who made it to the Asia’s Got Talent grand finals competition are Gwyneth Dorado, Gerphil Flores and Junior New System. The winner of Asia’s Got Talent 2015 will be announced next Thursday, so guys keep voting for your favorite performers.