Here is another official entry movie for the coming 2013 Metro Manila Film Festival My Little Bossings starring Ryza Mae Dizon and Bimby Yap (debut movie). Along with their co-stars Kris Aquino and Vic Sotto, this movie is expected to take the number 1 spots in the upcoming MMFF. My Little Bossings will be shown […]

The two of the hottest young love team in today’s generation Kathryn Bernardo and Daniel Padilla has also a movie entry on 2014 38th Metro Manila Film Festival which is shown on December 25, 2014 to all theaters nationwide.This movie Pag Pag is directed by Frasco Mortiz and it is under the joint productions of […] 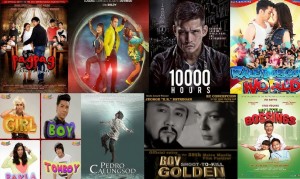 Finally the movie entries for 2013 Metro Manila Film Festival are officially final and it will be shown on Christmas Day December 25, 2013 in all theaters near you . What are the movies are you going to watch for sure you have wishlist and to think this year has different themes of movie entries […]