The Social Security System (SSS) has officially announced a new program called the Loan Restructuring Program (LRP).
This program is intended for SSS members who still have past due calamity loans and other individuals with short-term member loans who work or live in disaster-prone areas as declared by the National Disaster Risk Reduction and Management Council (NDRRMC) or the national government.
Boobie Angela A. Ocay, SSS Assistant Vice President for Member Loans, said:
“The LRP is in response to the widespread clamor from individuals and organizations to alleviate the burden of calamity-stricken workers, who face difficulties in paying their SSS loans after suffering from natural and man-made disasters that have devastated our country in recent years.” 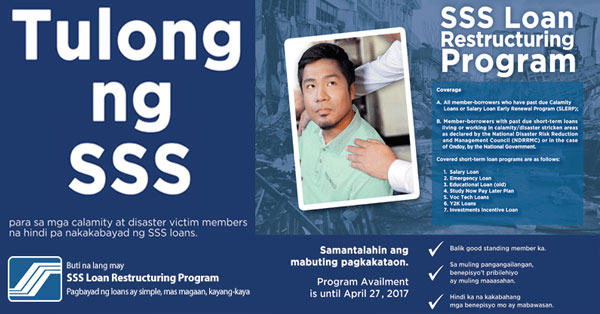 Watch this video report for more: