You are here: Home / Health / Reasons Why You Should Not Sleep Beside Your CellPhone

Do you have the habit of sleeping beside your smartphone at night? Well, you probably shouldn’t. Many experts agree that taking your mobile device in the bedroom is not a good idea in the first place.

For example, a 2014 research by the Huffington Post tells us that around “63% of smartphone users between the ages of 18 and 29 actually sleep with their phones or tablets in their beds.” In fact, scientists point out that chronic sleep deprivation is most often linked to devices being brought into the bedroom. 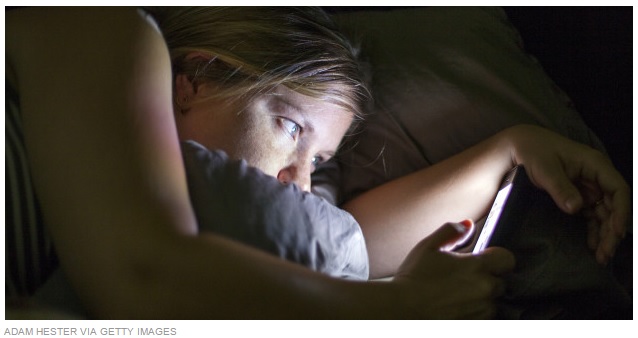 According to Dr. Charles A. Czeisler, M.D., Ph.D. and professor at Harvard Medical School, the artificial blue light emitted from these electronic devices arouses neurons within the brain which gets in the way of having quality rest at night. Besides, it also disrupts the body’s production of melatonin, the hormone that induces sleep.

Here are some top reasons why you should leave your cell phone outside of your room at bedtime:

Although there are still no definitive scientific researches saying that cellphone use can lead to cancer, these devices do have non-ionizing electromagnetic radiation transmissions which are “possibly carcinogenic.” The risk is minimized when the phone is disconnected from a WiFi connection. Of much better, just keep your phone turned off.

There is always a huge temptation to have a “quick” CandyCrush game or maybe just catch-up with a friend before dozing off. Long before you know it, you’ve spent hours playing or chatting.

This could be bad for you not only because it robs you of sleep. Mark Rosekind, Ph.D., former director of the Fatigue Countermeasures Program at the NASA Ames Research Center, said “As you stay up later on a consistent basis, you readjust your internal clock, and delayed sleep phase syndrome sets in. Now, your body physically can’t fall asleep until that new, set time, whether it’s midnight or 2 a.m.”

Just imagine the quality of sleep you’ll have if you wouldn’t have to worry about alerts for phone calls, text messages, emails, or your social media feed. It’s always better to check those alerts in the morning when you wake up instead of having to get up each time.

Instead of texting or checking your Facebook feed, you can instead talk with your spouse or child before bedtime. This will improve your relationship with them in the long run. They’ll definitely appreciate it if you can give them more attention.