PBA All Star 2015 been Viral on social media in respect for the worst dunk ever in professional basketball league in history of PBA basketball here in the Philippines. Justin Melton last year slam dunk champion seems has an impressive idea but it wont take great in action. Melton one of the participant in Philippine Basketball Association PBA All-Star Dunk contest, dunks with blindfold but never get succeed into the right place as it came very short against the rim. 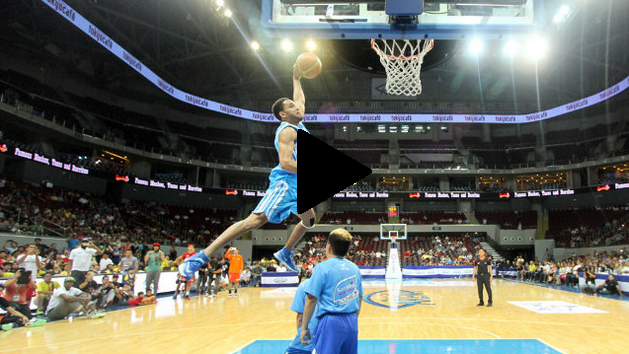